Every member of Triserv’s team strives to exceed our customers’ expectations.
Here are the leaders that keep everyone paddling in the same direction. 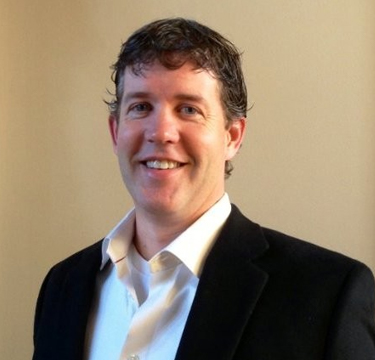 Leon Juczynski is a seasoned entrepreneur with over 15 years of business ownership experience. Leon has been with Triserv from its start in 2008. Hailing from a family of mortgage industry veterans, Leon's understanding of the appraisal and mortgage industry, combined with his business experience running large operations for national retail and wholesale product firms, instilled in him the belief that an AMC must combine a service-first culture with solid financials, no debt, a heavy emphasis on employee retention, technology-based workflow, and compliance. Due to these factors, Triserv has grown into a national AMC managing over 10,000 appraisals per month in all 50 states for a large number of mortgage lenders, banks and credit unions.

James (Jim) Jendzurski serves as Triserv's Chief Appraiser and COO. Jim has been with Triserv since its founding and has been instrumental in developing, managing and delivering the Triserv customer experience and overseeing its appraisal review and compliance process. Jim oversees all aspects of Triserv's operations, services and technology programs.

Prior to Triserv, Jim started his career as an appraiser in 1997 with The Realty Group, an Atlanta-based firm specializing in both residential and commercial appraisal assignments. Jim transitioned to Elite Appraisal Services within two years and worked his way up to management at the firm. He was responsible for handling complex service matters pertaining to appraisals with C-Level clients. Jim also worked in the wholesale mortgage business, where he learned the details of loan delivery to FNMA and Freddie Mac. His desire to serve lenders and appraisers in a truly world class fashion led him to join the Triserv team at the inception of the company, with the goal of creating a uniquely service-driven AMC model.

Under Jim's leadership, Triserv has achieved that objective and continues to lead the industry in innovation, compliance and servicing.

Before founding FactorCloud (Inc. 500 #121 2019), Kill Cliff (Inc. 500 #103 2015), and Triserv, Todd built two companies in the mortgage services space. The first company was a transaction management and settlement system for the mortgage industry. As the CEO, Todd and his team built the system from the ground up and settled over $10 billion in mortgage transactions. The second firm was a national title and escrow agency that capitalized on the technology opportunity created by the first. The second company operated in 39 states and closed over 25,000 transactions ($6.25 billion) while Todd was CEO.

Prior to his successful business ventures, Todd was Vice President of Investments for Jacobs Private Equity (JPE) which became XPO, a large ($10bn) publicly traded transportation broker. Prior to JPE, Todd worked at URI as a Vice President and direct report to the CEO.

Todd began his career in the military, and became a U.S. Navy SEAL. 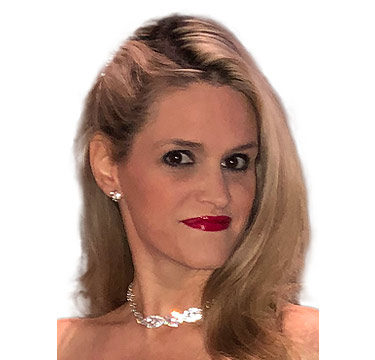 Angela has proven herself to be a true “difference maker” at Triserv. As Senior Vice President of Operations, Angela Dinkins is charged with implementing new policies and procedures to further improve our clients’ experience with our operations team.

Prior to joining Triserv, Angela spent eight years working for other AMCs as Customer Success Manager and Director of Client Services. Previously, Angela served as the assistant to a bank’s underwriter where she was charged with reviewing appraisals and issuing conditions. Before that, she worked for an appraiser as well as a property investor, so she has a deep history in all aspects of the appraisal process. Angela has two children and resides in the Nashville area. 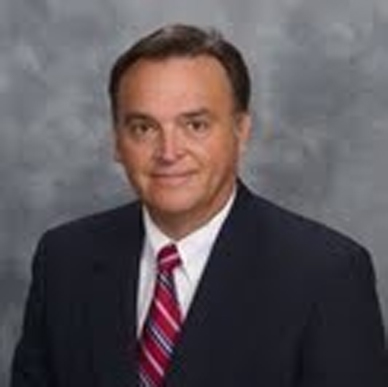 Ted Venhorst joined Triserv in 2015 and leads the sales and marketing teams, driving new business through strategic partnerships and growth initiatives. Ted has been instrumental in the growth of Triserv on a national level. He has built out the company's strategic focus in the QC Compliance/Mortgage Servicing industry, establishing Triserv as a leading provider of Field Reviews to that segment of the industry.

Ted's career in financial services spans over three decades, including senior level positions in banking, correspondent lending, mortgage loan origination, mortgage operations, securitization and mortgage services. Ted held the position of SVP at Home Savings of America where he directed sales and operations with a 1 billion dollar quota and a staff of over 300 employees.

Ted attended Cal State University where he earned his BA in Business and Marketing. 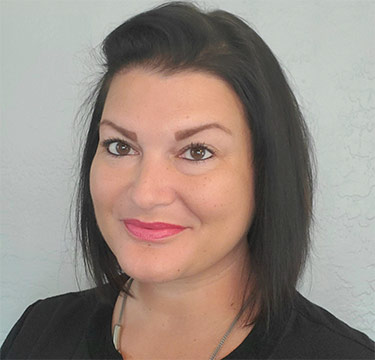 Monica Strickland is our Director of Customer Success at Triserv, focusing on transitioning clients from initial onboarding into operations and insuring all processes are running efficiently once in production. She also handles any escalation issues that may arise and provides routine follow-up and communication with clients to implement any account level processes necessary to insure superior appraisal service.

Monica has had a well-rounded career in real estate sales and lending for over 20 years, with 12 of those spent working with two other national appraisal management companies during that time, in addition to Triserv. While having involvement in all departments of those companies, including quality control and operations, her primary focus has always been on client relationship growth and retention.

Monica currently holds a Florida real estate sales license and was a trainee appraiser in Indiana for 4 years. 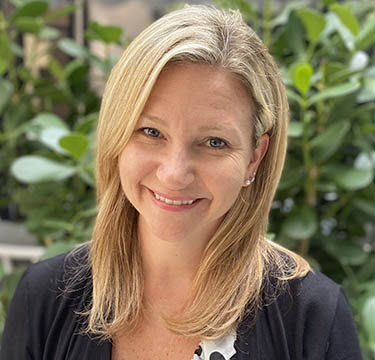 Alicia Goff has joined Triserv as our new Client Relationship Manager. Alicia is a customer service professional with 10+ years of providing quality service and cultivating relationships with customers and clients. She brings with her a motivation to assist, build, and foster Triserv’s client relationships

Alicia previously worked for another AMC. During her tenure there, she apprehended the knowledge of the industry, allowing her to be well versed in the various processing roles, working with both appraisers and clients.

Alicia graduated from Lawrence University, where she recruited and had the opportunity to play collegiate volleyball. She graduated with a degree in psychology. 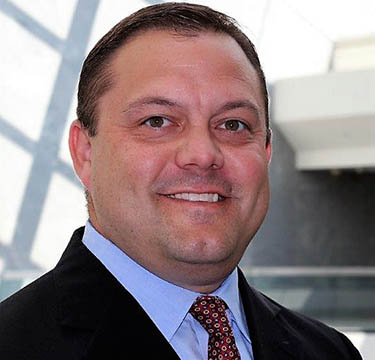 Marc Tatarcuk is a Regional Vice President focusing on strategy and business development. Marc has 20+ years of mortgage experience, getting his start as a mortgage broker in South Florida. Since that time, he has gone on to hold senior level positions in community banks, credit unions, AMCs and software providers, working with leading lenders, brokers and vendors on a nationwide basis. 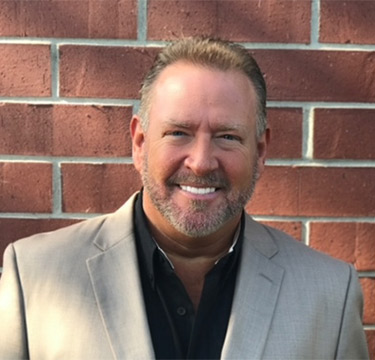 Dave Houseman has spent 40 years in management in a variety of industries, including the last 15 years in the appraisal industry. During his career, he has been involved in every part of the appraisal process, including serving as the point person for appraisal audits ordered by government or state agencies, including the CFPB. Dave reports that there have been zero compliance violations during his career, and he’s proud that he’s consistently achieved the results needed to exceed the expectations of his clients as well as their customers.

Prior to joining Triserv, Dave served as EVP of Client Relations for Apex Appraisal Services/Opteon USA for over five years. Before that, he was Appraisal / AIR Compliance Manager for Finance of America Mortgage for nine years. During that time, he created an internal AMC (Pyramid Appraisals) and ran it, AIR/HVCC compliance, and the lender’s appraisal department. His experience in appraisal compliance has been valuable to his clients to ensure that everything is 100% compliant while achieving the results needed. Dave prides himself on having a sense of urgency in everything he does, paying close attention to details to close more loans, and being available 24/7 to his clients. 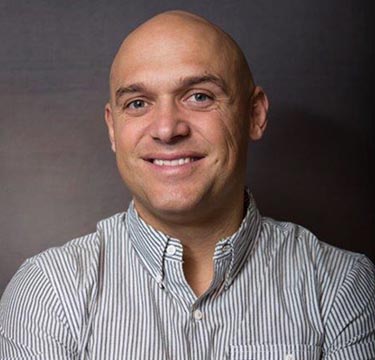 Caleb Allen has spent nearly 20 years in sales and business development within the mortgage and construction industries. He began his career in the broker world, and quickly moved to become a Branch Manager and Certified Mortgage Planner for Fairway Independent Mortgage and Mann Mortgage Corporation. He moved to the appraisal management side of the transaction in 2017, serving as a high performing National Sales Executive for Apex Appraisal Services/Opteon USA for five+ years before joining the Triserv team.

Caleb prides himself on helping his lender clients close more loans, get more referrals, and speed up the appraisal process. His goal is to help lenders close on time with no hiccups, including receiving appraisals in a timely manner with few to no revisions. 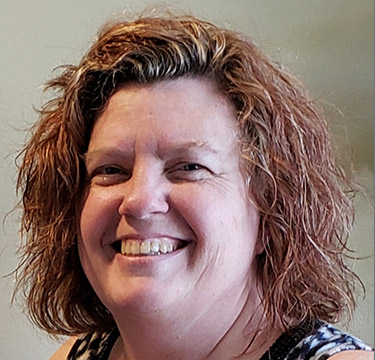 Heather Anglin manages the Appraisal Coordinator Teams and Vendor Relations Department at Triserv. Heather is a licensed appraiser with over 15 years of experience who manages the Customer Service teams at Triserv. Her responsibilities include daily operations as well as escalated issues that arise on a day-to-day basis for Triserv's clients. She also oversees the setup and credentialing of appraisers.

Heather brings a wealth of “in the field” appraisal experience to Triserv, having worked for a large, Atlanta-based appraisal firm before joining the team at Triserv in its early years.

Heather's attention to detail sets her apart in managing the Vendor Relations Department. She works diligently to ensure that client and appraiser setups are implemented smoothly. Her knowledge of appraising combined with her operational acumen make her a pivotal contributor to our overall client success. 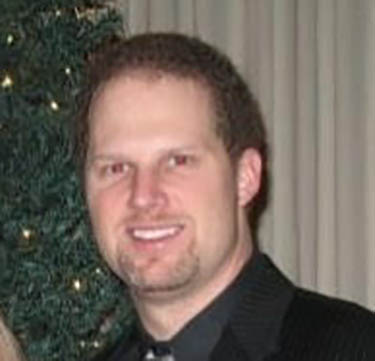 Brian Hampton manages the Quality Control/Review Department at Triserv. Brian is a certified appraiser with over 20 years of experience. He oversees day-to-day operations of the review team, and handles escalated management issues for appraisals on behalf of our clients.

Prior to Triserv, Brian had his own appraisal company and performed complex appraisals for lenders throughout the state.

Brian graduated from the University of Tennessee Chattanooga, where he had the honor of playing quarterback for the university's football team and was team captain for two years. Among his favorite memories are being named Offensive Player Of The Week for the Southern Conference numerous times during his career, and throwing passes to talented players like Terrell Owens during his team's winning runs.

Ready to Expect More From Your AMC?